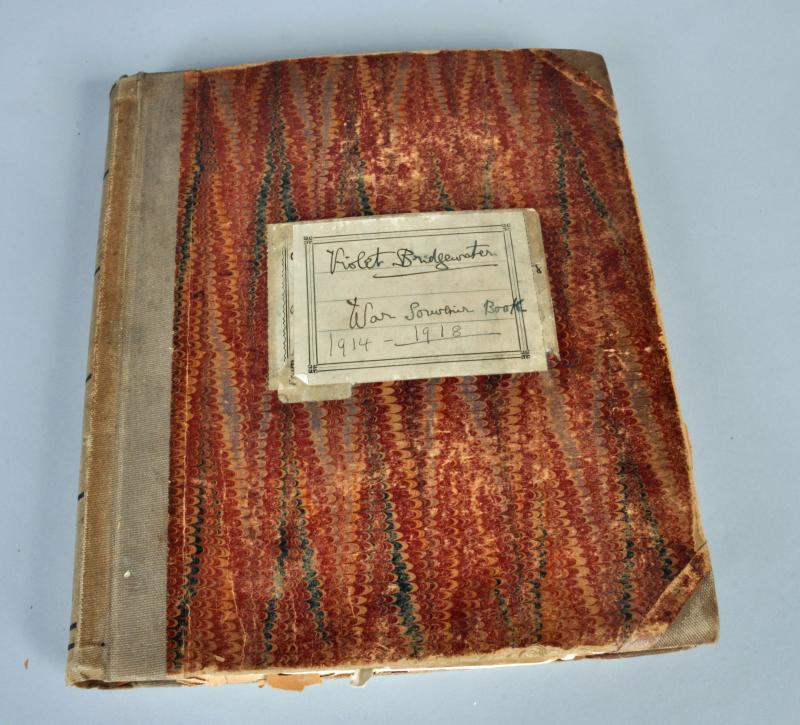 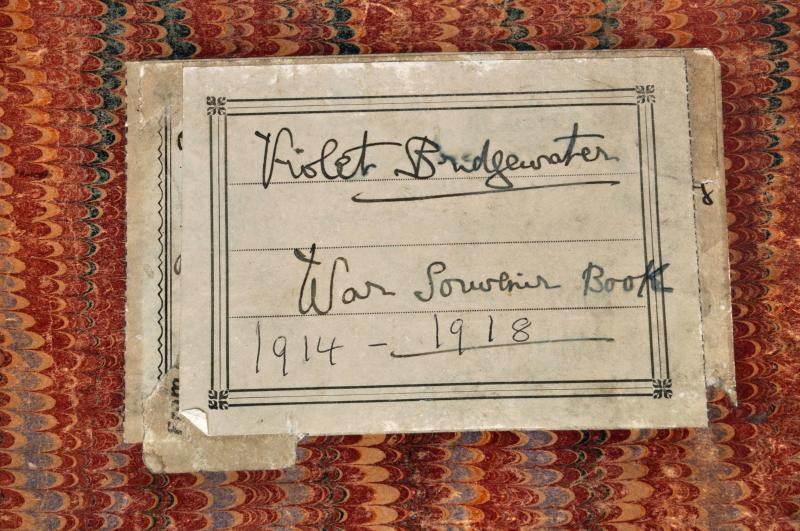 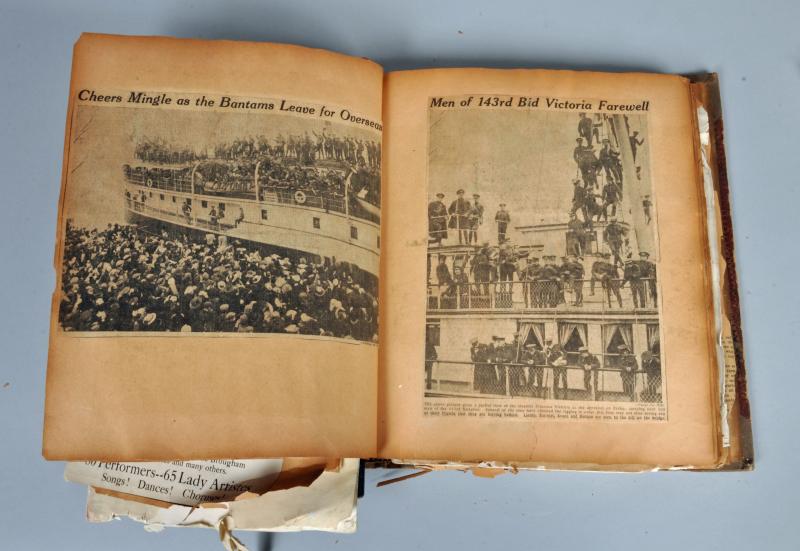 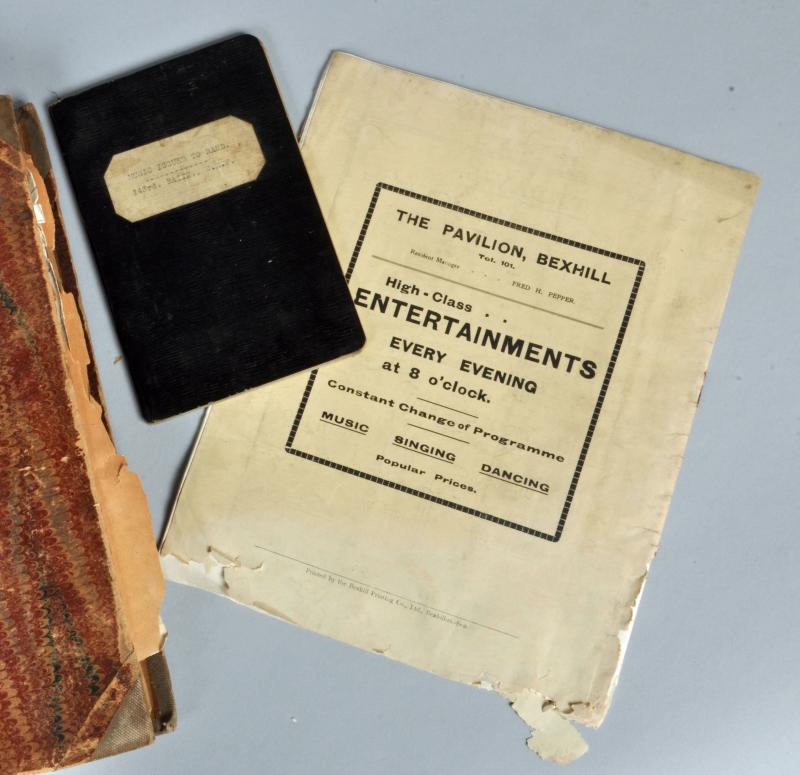 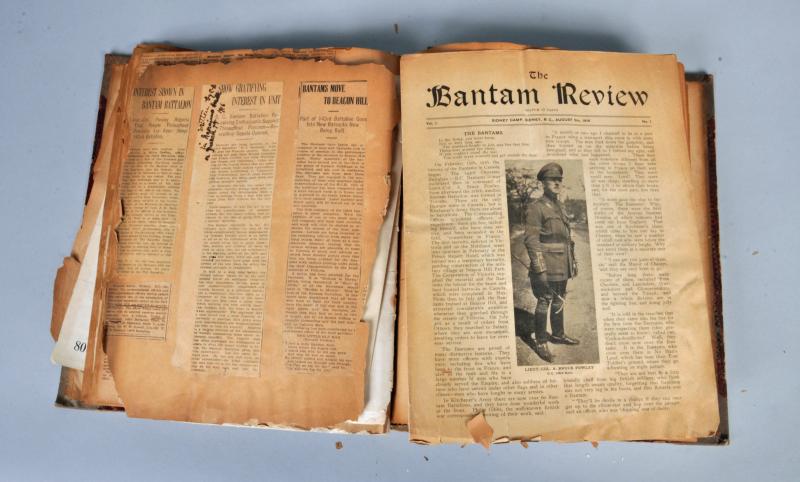 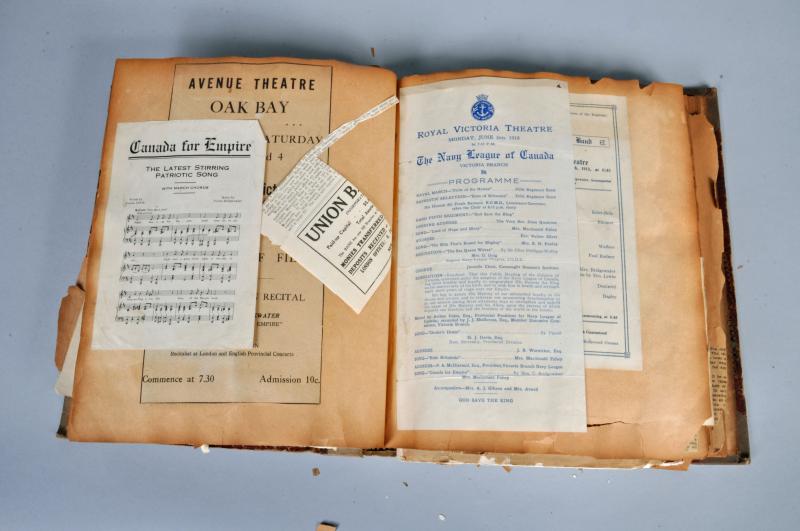 A superb scrap book and various other items of paperwork pertaining to the 143rd Battalion The Canadian Expeditionary Force. The 143rd were a bantam battalion of the Canadian Army, they crossed to France and fought on the Western Front during WWI. The scrapbook itself has been compiled by an adult who was closely connected with the regiment and particularly with the band, the scrapbook is approximately 2 inches thick and contains a huge amount of press cuttings of the period pertaining to the Battalion. There are many annotations, some menus, various invitations, paper clippings, a large size cabinet photograph of a well known officer of the battalion who was killed during the war, Lieutenant R.B.Powell, a well known Davis Cup tennis player. The portrait is of excellent clear quality, it shows the officer wearing the extremely rare Canadian 1915 pattern webbing officer set, this was produced by Mills and contracted to their Canadian Government, it clearly shows the copper bottom holster, the ammunition pouch, Mills belt with shoulder strap. There are three copies of Chevrons to Stars, this was the quarterly journal of the Canadian Officers School where other ranks were promoted to officers. There are two large photographs, one of the Battalion band and another that appears to be company of the Battalion, one of these photographs has a split towards the end, however it can be repaired and displayed easily. There is a separate notebook listing music issued to the Battalion band dated ‘July 1916’ inscribed to the interior ‘The Band President’. Within the grouping is a huge amount of research material and a comprehensive history of the Battalion and its activities throughout the war. The condition is good, there is foxing to the pages and typical fragility to the background page, however the printed matter remains clear and readable. There is also a copy of the Bantam Review printed at Sydney Camp in British Colombia on the 5th August 1916, to the front is a large photograph of the Commanding Officer of the Battalion, this souvenir book seems to have been compiled by a Violet Bridgewater who is probably the daughter of one of the officers of the Battalion, the name Bridgewater appears several times within the text found inside. Overall a huge amount of research.