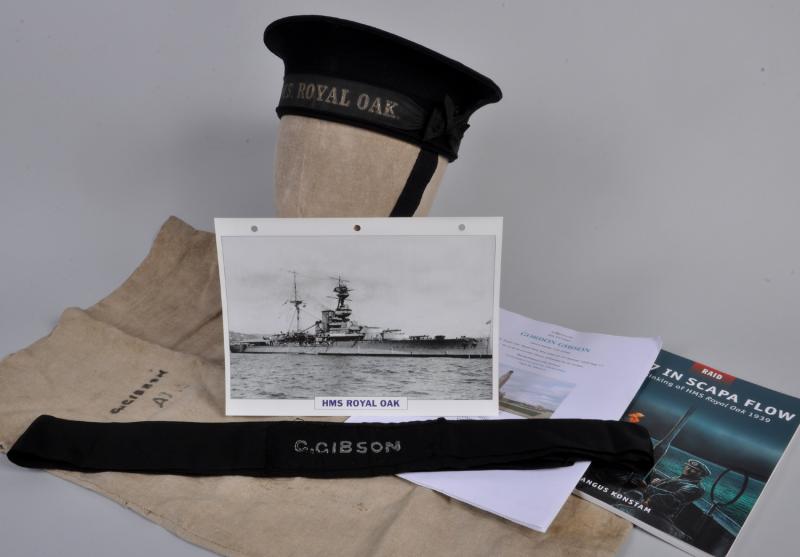 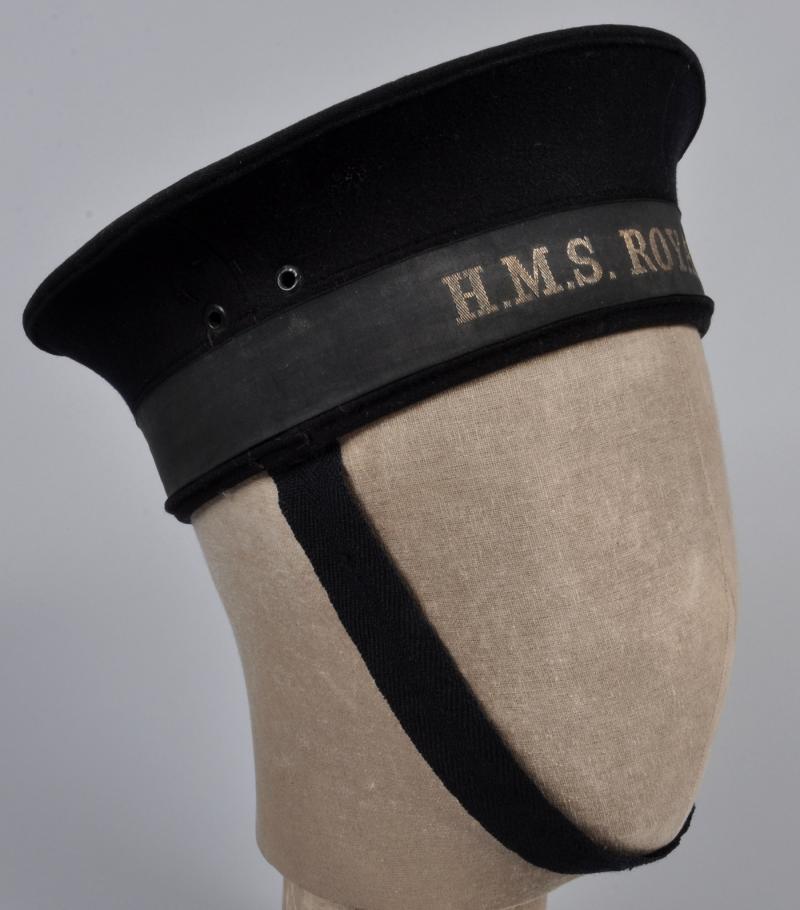 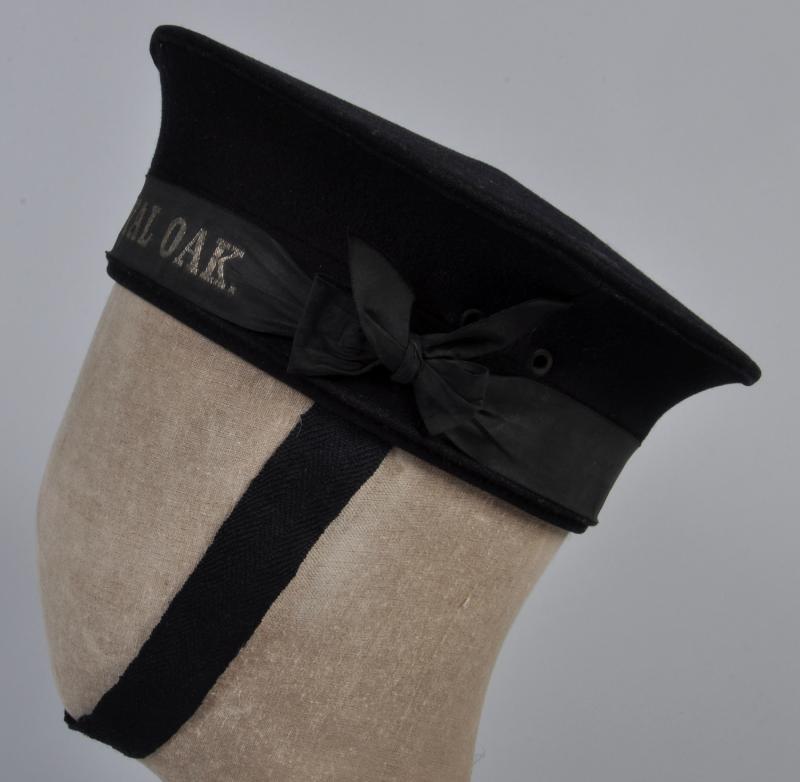 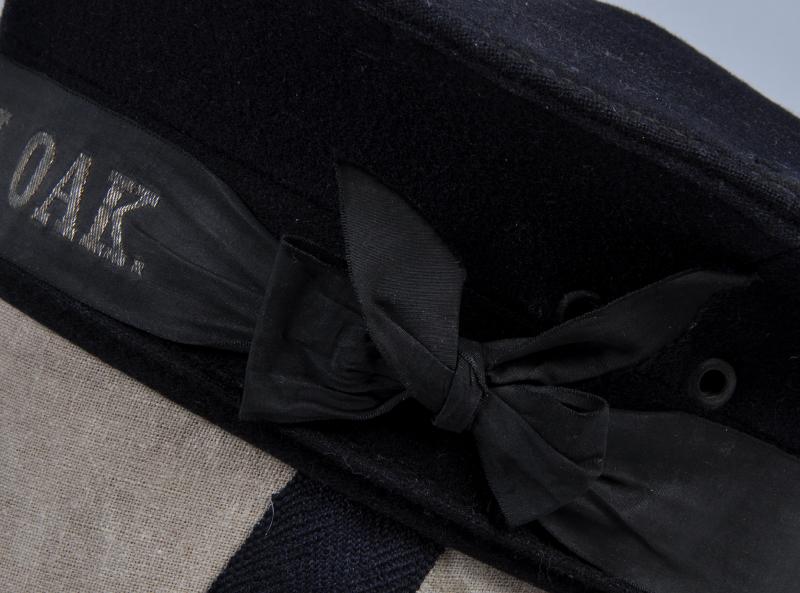 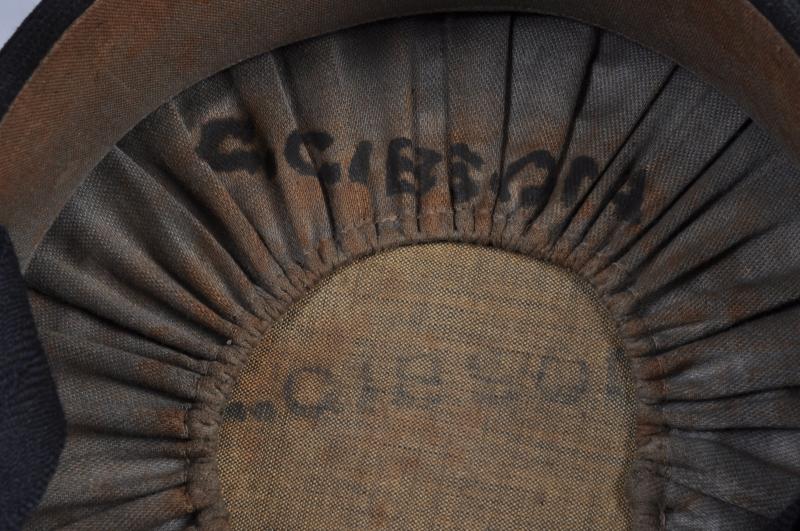 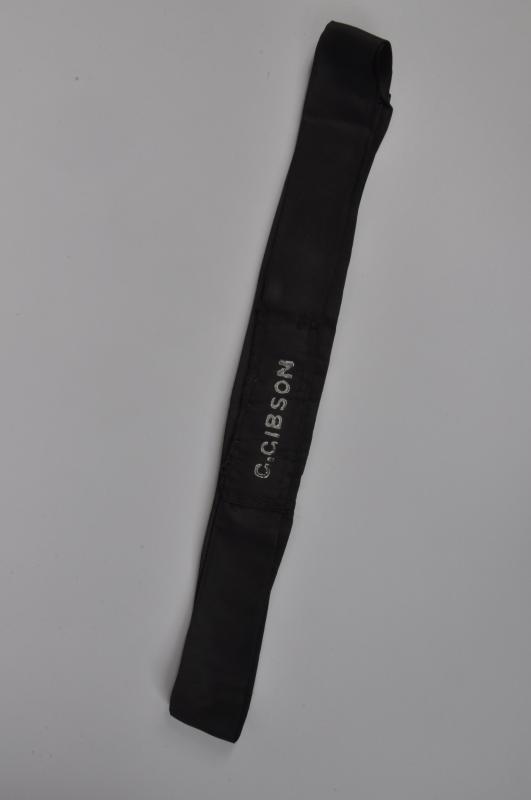 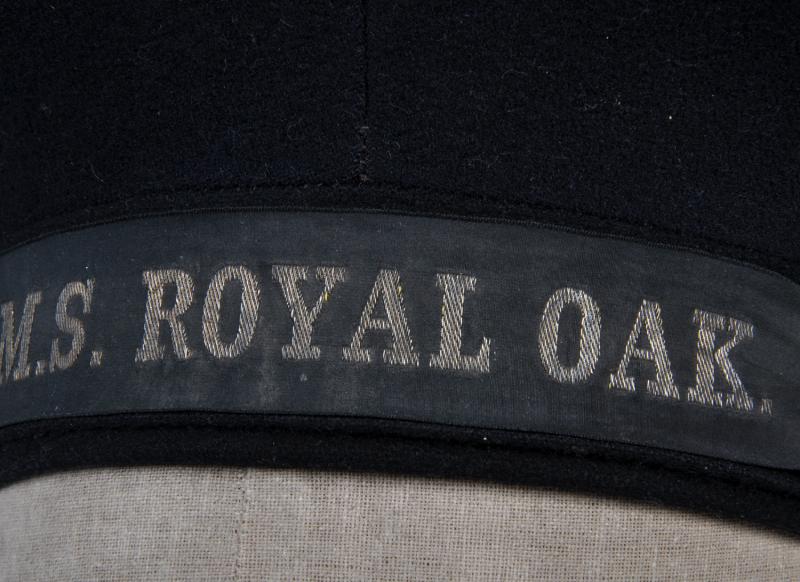 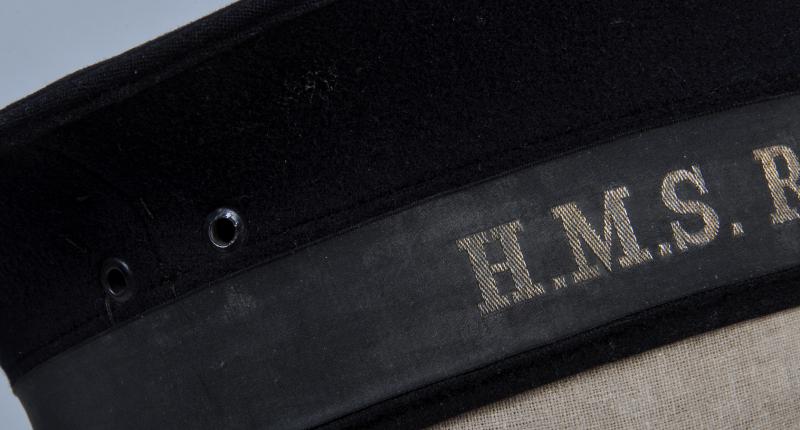 A very historic group of items relating to British naval history of WWII and also having an importance from the German viewpoint. The sailor’s cap and affects belonging to a boy sailor who was one of the crew who died aboard the battleship HMS Royal Oak when it was torpedoed and sunk at the inlet and fleet base of Scapa Flow by the German submarine U47, captained by Gunther Prien. The items belong to P./JX 157592 Boy 1st Class Gordon Gibson age 17. The blue topped Royal Naval sailor’s cap is a standard issue ratings cap with pale blue cotton lining of the period and is fitted with its original gold wire embroidered tally ‘HMS Royal Oak’, now slightly tarnished and dulled with age, the cap retains its dark blue chin tape and as was typical with Royal Navy uniforms it has been stamped inside with the name ‘G.Gibson’ in two places, one which has been inked in. The cap is in very good condition with only one small moth hole to the crown near the right hand side edge and with minor fading and age stains to the lining. With the cap is the sailor’s black silk scarf for wear with the standard square rig ratings uniform, the centre section of the scarf has been customised by stitching the folds together in order to make it easier to tie and smarter in appearance. As with the other items the scarf has been stamped with the ‘Gibson’ name stamp, this time in white ink for the black scarf. These two uniforms were left ashore with his family in his issue linen bag, usually used for laundry, the accompanying bag is 25 x 15 inches and is also stamped with his name, which has then been over-stitched in cotton thread as a form of embroidery, a common task given to boy sailors as part of their training, it is likely that the cap and scarf were items of his kit left ashore with his family for best dress. On the 14th October 1939 the Royal Oak was anchored at Scapa Flow when she was torpedoed by the German U-Boat U47 commanded by Gunther Prien. After a dangerous and skilful feat of navigation by the Prein, on the Royal Oak of a total crew of 1,234 men and boys 835 were killed or later died of wounds, Gibson being amongst the casualties. The loss of that many men and particularly so many boys was a huge shock and national tragedy and had a major effect on wartime morale. Gunther Prien safely returned to Germany as a national hero and was decorated along with the entire crew, only to be lost in 1941 to a British destroyer. The subsequent sinking by the Royal Navy of the battleship Graf Spee in December 1939 was regarded as revenge for the sinking of the Royal Oak. Gordon Gibson is remembered on the Portsmouth Naval Memorial. A very historic group of items.