BRITISH WWI 2 INCH MORTAR ROUND KNOWN AS THE PLUM PUDDING.

A scarce artefact of the trenches of WWI being a 2 inch trench mortar round with huge spherical head, which is 9 inches, approximately 230mm in diameter. Extremely heavy weighting 19kg the round alone. This has been dug and does suffer from minor corrosion and has been repainted. read more 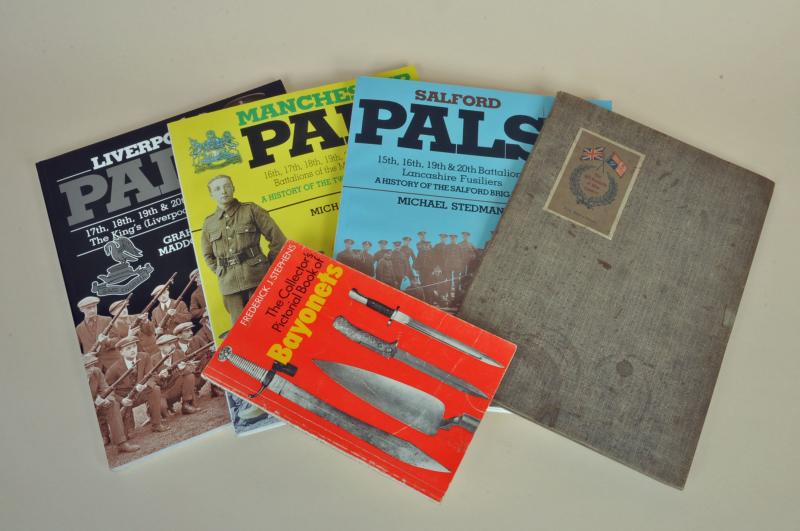 An excellent example of an early Brodie helmet, rimless model. Much apple green paint to the interior, the exterior with apple green paint showing over the later hand painted darker brown covering. Yellow over black or regimental insignia to either side. The liner is the standard oilskin type with its felt crown pad, which has suffered somewhat from moth. Chinstrap all present. We believe it t... read more

Magnetic shell, faint traces to the inner crown area of its original apple green paint, the exterior covered in a mixture of a darker over-paint coupled with a rough sand finish, the majority of which is missing. To the interior a standard oilskin liner with all its chinstrap complete. read more 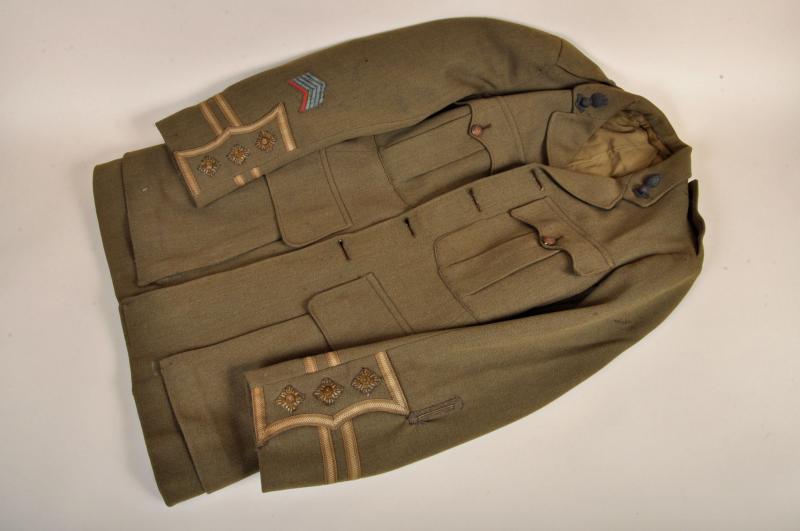 A very nice piece of British WWI trench headdress being a cap fully constructed in foul weather canvas, normally these caps are found with a canvas cover, this as stated, fully constructed in the weatherproof canvas material. Created in a Gor Blimey style cap, complete with black chinstrap in the King’s Royal Rifle Corps style with two matching composition bugle horn side buttons, having its re... read more

A rare tunic all constructed in khaki drill, the pattern is identical to the army officers cuff rank pattern tunic with four pockets having pleats and flaps, the lower pockets being of the bellow variety. An imitation wide waistband, long pleat at the reverse side, four button closure, open collar style. All of the buttons are of the gilded type of Royal Naval Volunteer Reserve. To each lower s... read more