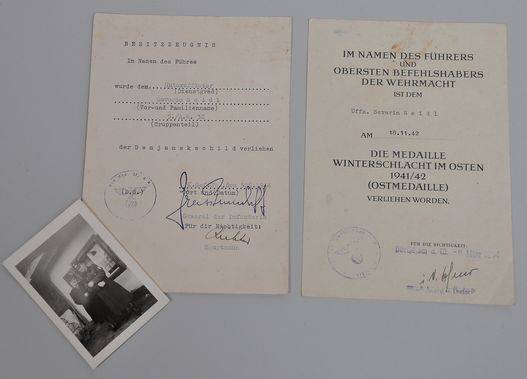 An interesting pair of citations to Unteroffizer Severin Seidl. The Demjansk Shield citation is a field typed citation, as a member of Artillery Regiment No.32 dated June 1944 issue rubber stamped, facsimile signature of Regimental Divisional General. A5 sized citation dated 18.11.42 for the Winter Medal in the East, issue rubber stamped with Unit Doctors signature, dated March 1944. Plus an or... read more 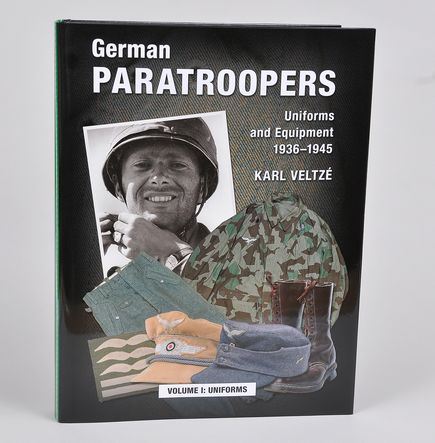 A superb new work on the history , formation uniforms and equipment of the elite German Paratroopers of WW II,authored by karl Veltz in coperation with Patrick Ott both avid collectors of German Paratrooper material, This is volume 1 of a 3 volume series to be completed and contains 358 pages of excellent text and images, all of the modern images of the uniform and equipment are in colour, a ... read more 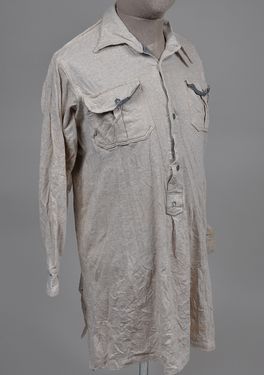 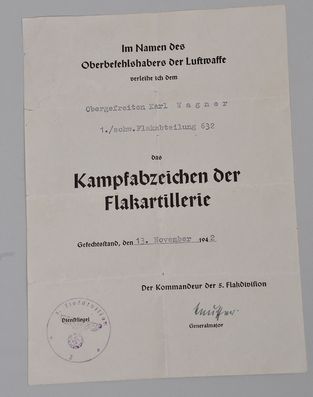 A good condition non punch holed A5 sized citation for the Luftwaffe Flak Artillery badge, awarded to Obergefreiten Karl Wagner of the 1st Abt Heavy Flak Unit 632 awarded on the 13th November 1942 with an ink signature of the General Officer commanding of the 5th Flak Division. read more 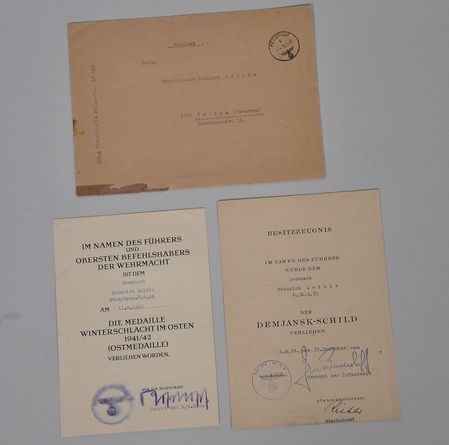 A semi hard card A5 sized citation for the Demjansk Shield awarded to Leutnant Henrich Laible of the 6th Abteilung of Artillery Regiment 30, awarded 31st December 1943 with facsimile signature of General Officer commanding the division. Second citation being for the Winter Medal in the East to Leutnant Laible whilst serving on the staff of Grenadier Regiment 46, awarded 11th August 1942. Totall... read more 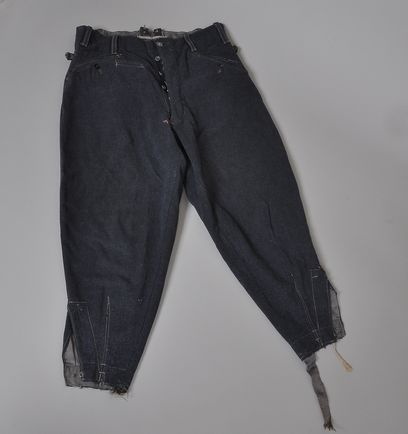 A good service worn set of Luftwaffe long trousers of the balloon style that have tapered bottoms for fitting into jack boots. All factory stitching visible that has turned light cream with the years. Nap of cloth thin overall. Slight stitch repairs to the crotch area. All of the fly buttons are of the zeltbahn style but slightly smaller with the two pocket closure buttons being of standard com... read more 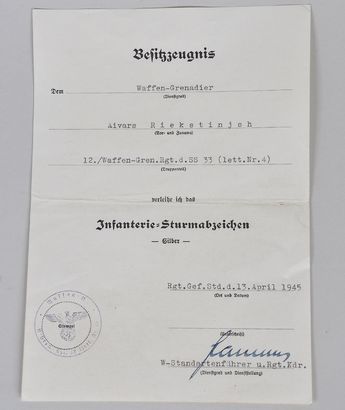 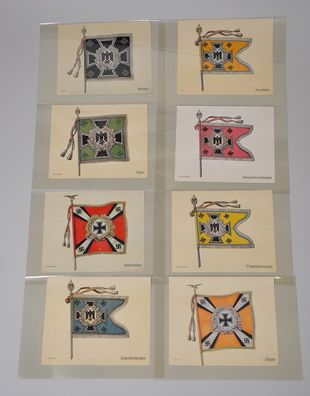 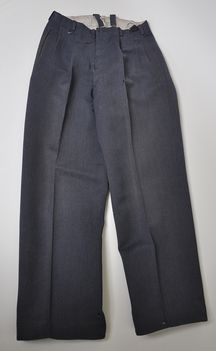 A rare pair of the trousers known in English as The Oxford Bags, this style of trouser was very fashionable prior to WWII and many images can be seen of Luftwaffe officers wearing this style of trouser with their tunics. Excellent condition overall, one area of small moth in the crotch, one nick to the upper thigh and one to the lower right leg. Overall excellent condition, slight wear and the ... read more

One of the volumes of the seven set group of books published by Mollo in 1971, this volume focusing on the Secret State Police and the Criminal Police. read more