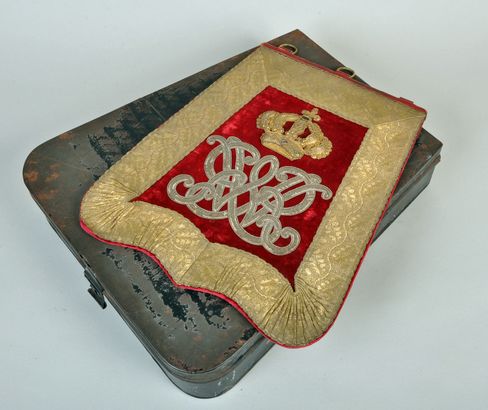 A most magnificent and rare regimental officers sword for the 11th Hussars. The full length blade has superb etched decoration, the last third of the blade is plain, the first two-thirds having etched panels with the Fleur- De-lys Victorian Crown, the etched lettering 'Prince Albert's Own Hussars' with the badge of the Sphinx with 'Egypt' below with Battle Honours of Salamanca, Peninsular, Wate... read more 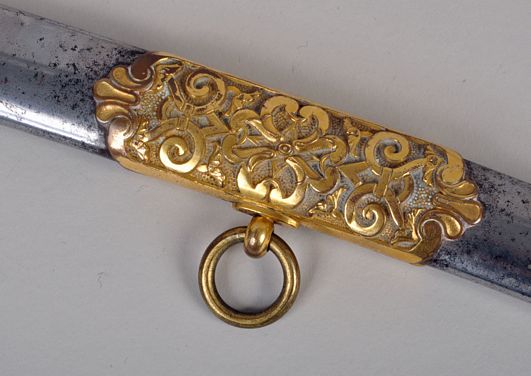 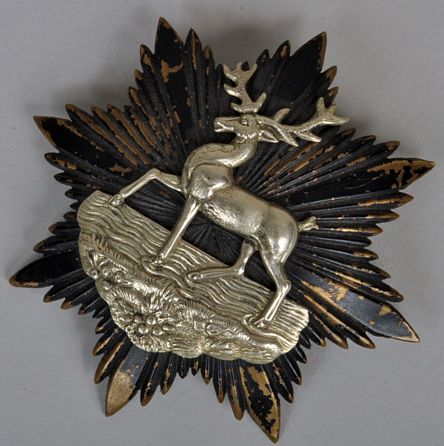 A nice condition helmet plate for the Hertfordshire Rifle Volunteers blue cloth helmet. Standard gilded officers back plate with the Hart of Hertfordshire in a white metal overlay. Both fitting lugs remaining to the reverse side. Some black paint loss to the star. read more 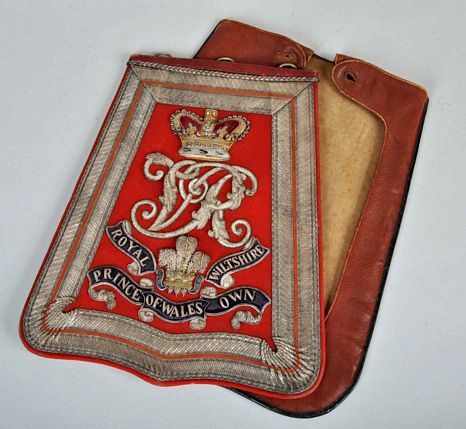 A very nicely all silver heavy bullion embroidered post 1855 period sabretache of the Prince of Wales Own The Royal Wiltshire Yeomanry. Excellent condition red base cloth, slight wear to the blue velvet underneath the lettering on the scroll with its black and brown foul weather cover. The message pouch on the reverse side has been removed. read more 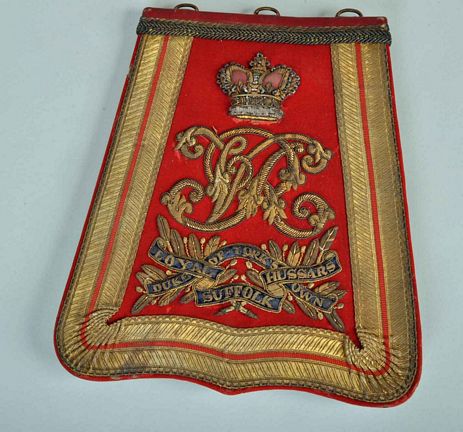 A very nice condition post 1855 period sabretache, red base, large Victorian crown beautifully bullion embroidered intertwined 'VR' within scrolls below in gold laid on blue velvet background 'DUKE OF YORK,S OWN LOYAL SUFFOLK HUSSARS'. Some thinness to the velvet in the blue base of the scrollwork. Minor moth just underneath the crown, which surmounts the intertwined VR, all other lacework good... read more 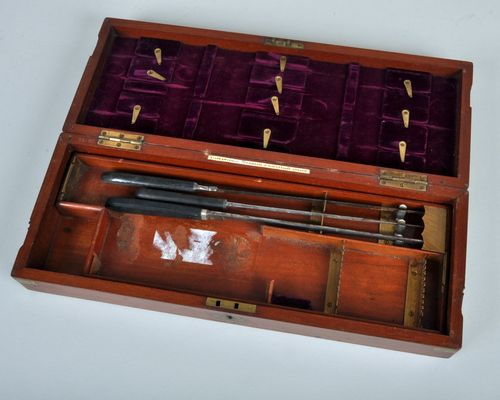 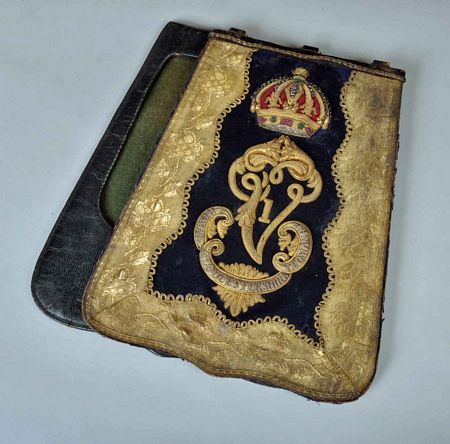 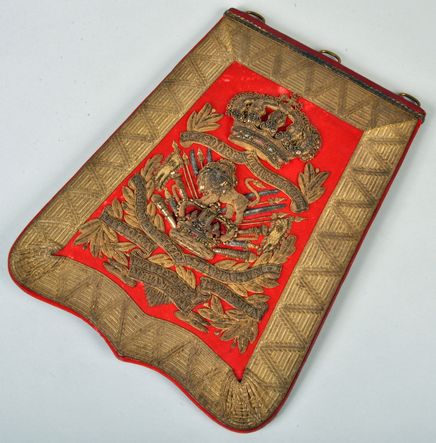 An extremely nice 15th Hussars Officers sabretache, all of the gilt lace to the edges excellent, all the threads to the bullion work of the exotic centrepiece in place showing all of the Regiment's Battle Honours up to and including Afghanistan 1880. The red backing material of the sabretache has some minor surface nap losses to the upper left hand side. No moth holes. Complete with its message... read more 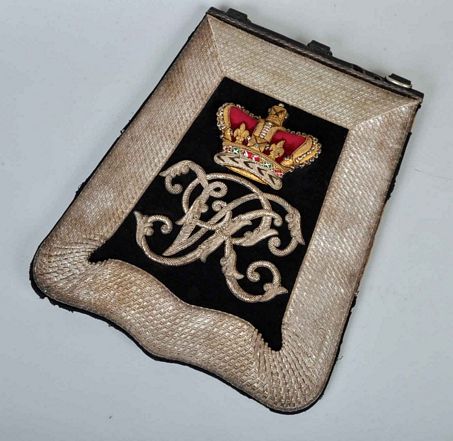 A very nice example of an 1860 to 1901 period slightly larger size sabretache to an officer in the 1st Royal Devon Yeomanry. The central silver heavy bullion embroidery with the silver lace to the side laid on black cloth, red velvet centre to the Victorian crown with the outline of the crown in silver and gilded embroidery work. Complete with its three suspension rings. Some slight moth damage... read more