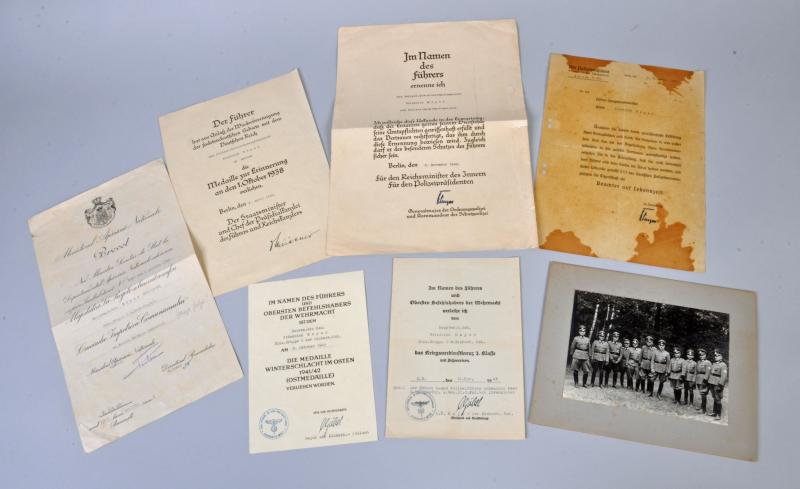 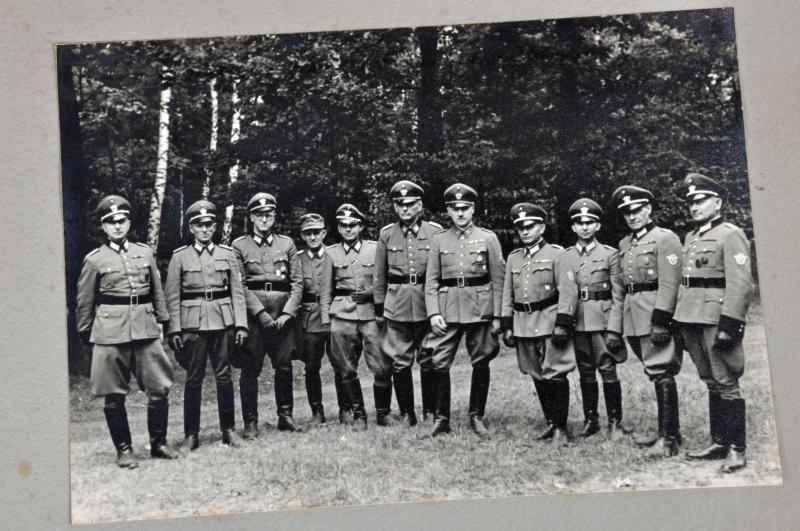 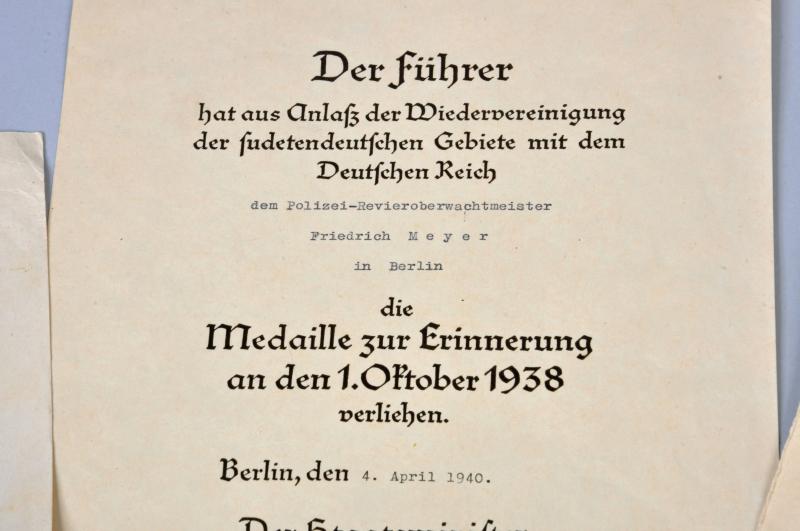 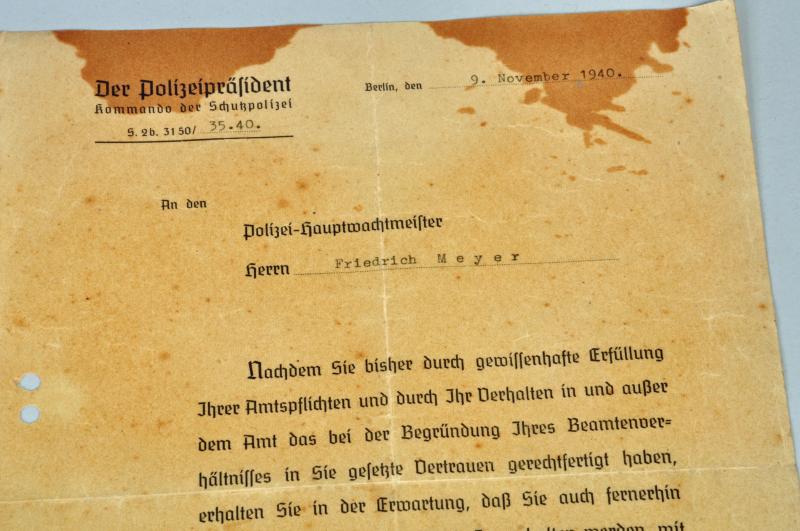 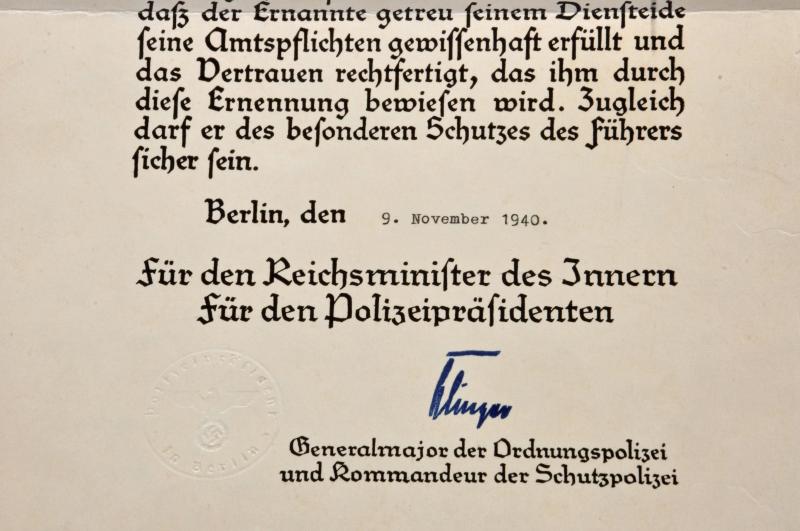 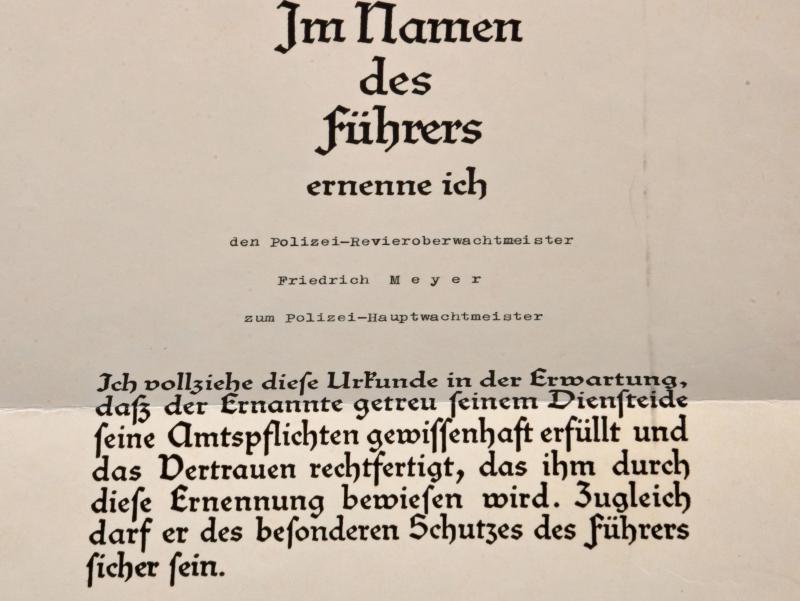 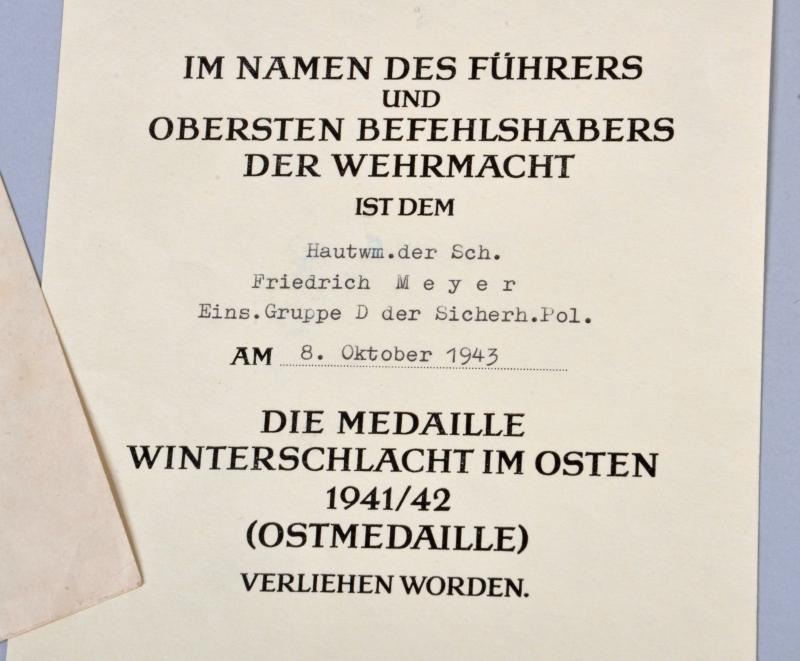 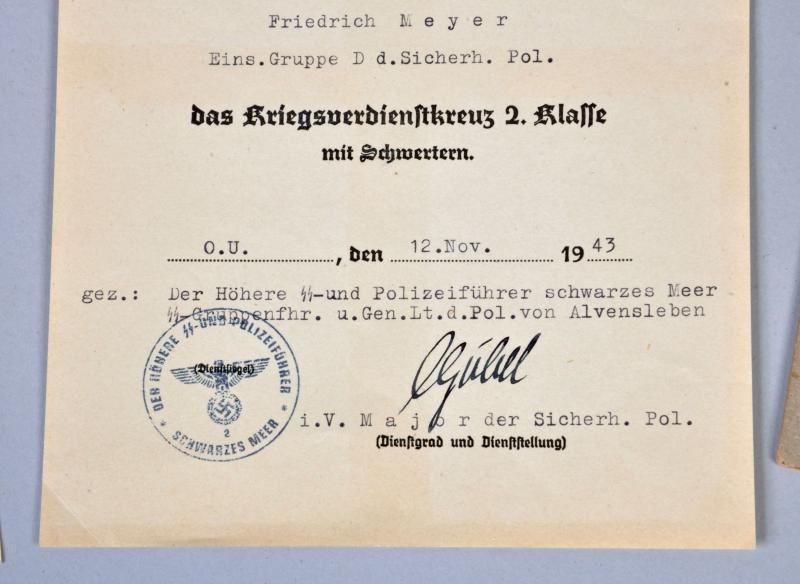 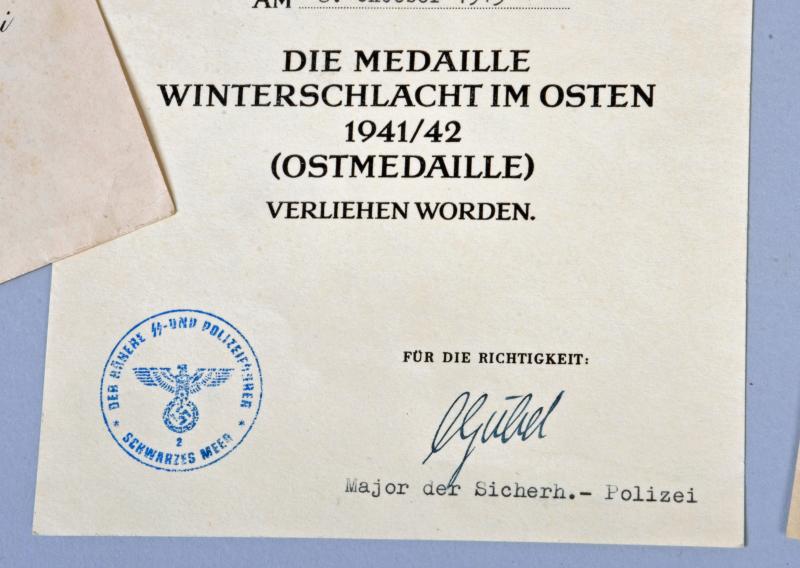 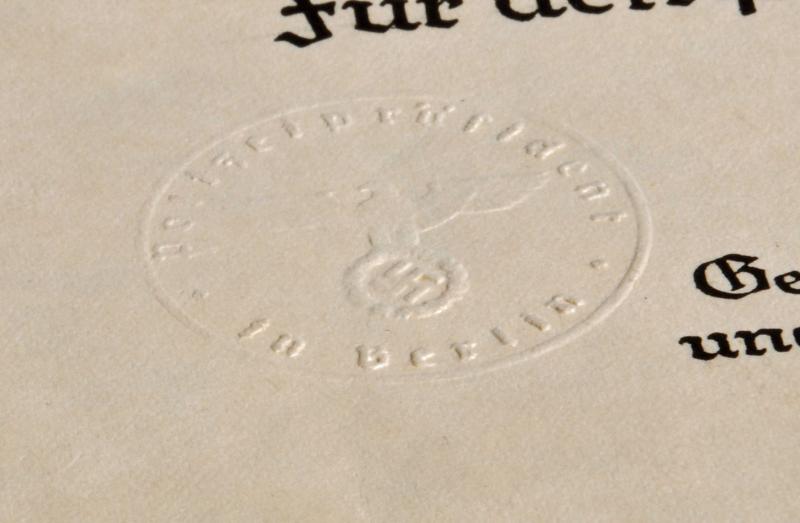 A rare group of six documents to Einsatz Group D. Large size promotion document to Police Hauptwachtmeister dated ‘9th November 1940’ with pen signature of an unidentified General Major of the Police, once folded slight tear. A once folded large size document issued by the Rumanian Government for the Rumanian Crusade against Communism Medal in bronze, also as a Hauptmann Der Schutz Polizei, clearly issued to Eins.Gruppe D.Sicherh.Pol. in the Crimea. War Service Cross 2nd class, A5 size citation for the War Service Cross 2nd class with Swords, dated ‘12th November 1943’ within Einsatz Gruppe D, signed by a Major in the Secret Police with the rubber stamp of the higher police leader Black Sea. A5 size citation, mint, unfolded for the Winter Medal in the East October 1943, same stampings and signature. Large size citation for the 1st Oktober 1938 Medal, a large A5 size citation dated ‘November 1940 stating that Friedrich Meyer is appointed as a State Official for his lifetime dated ‘9th November 1940, some stains at the top and bottom, together with a large photo probably of SS Gruppenfuhrer Von Alvensleben, the higher SS and Police Commander of the Black Sea area, together with another SS Gruppenfuhrer and Police Leutnant General and a group of another 9 senior police officers, some wearing the silver bullion SS runes badge to their tunic. Overall good condition and rare to a member of an Einsatz Group.