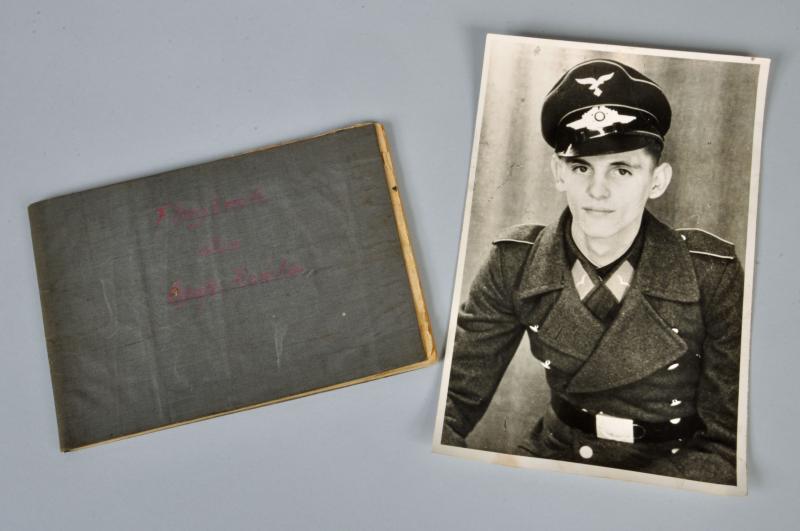 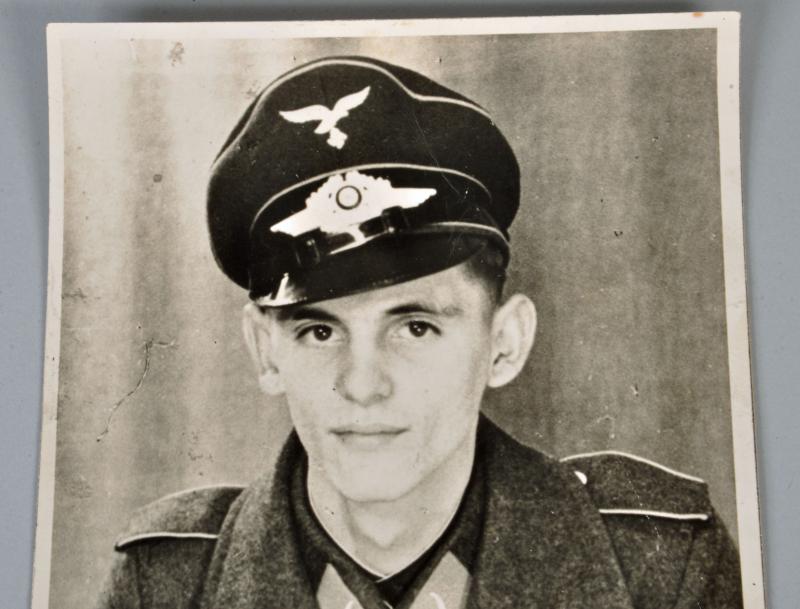 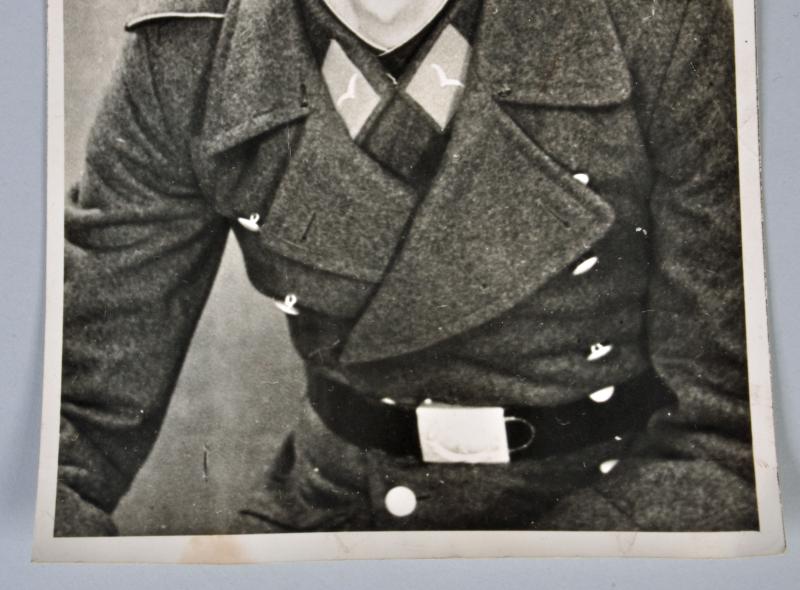 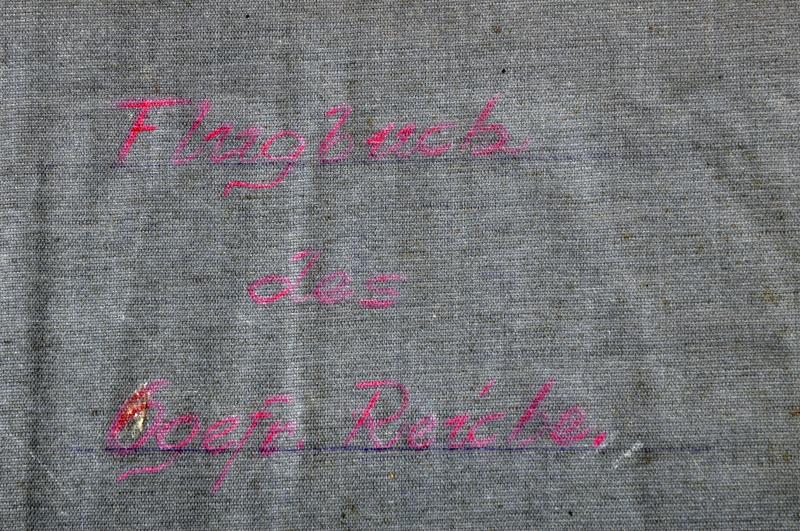 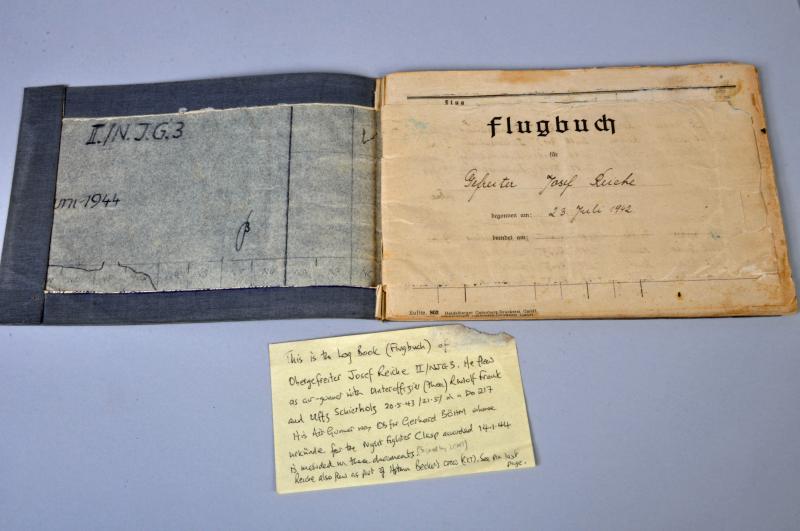 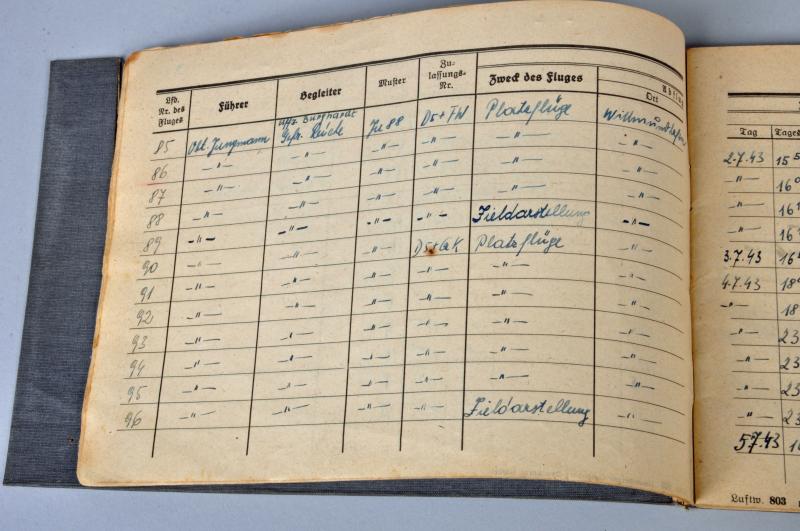 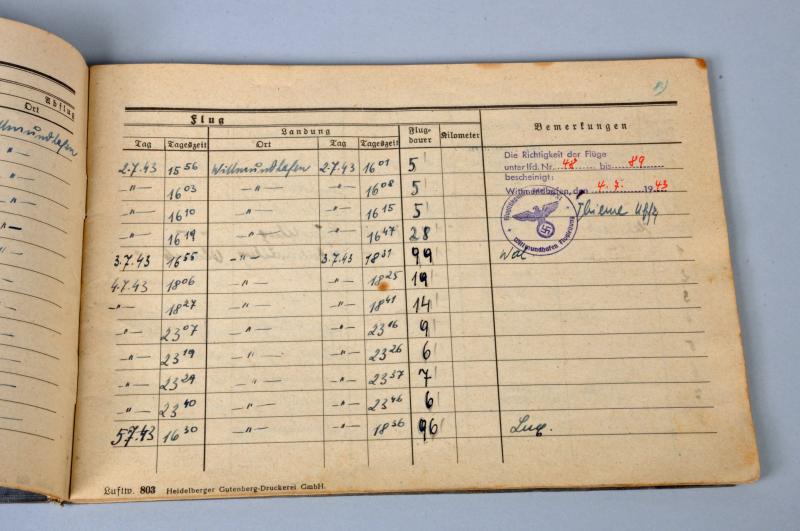 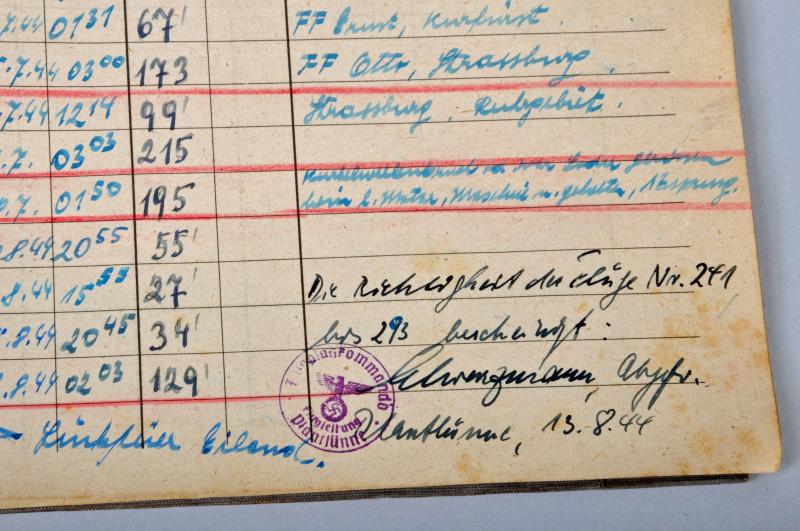 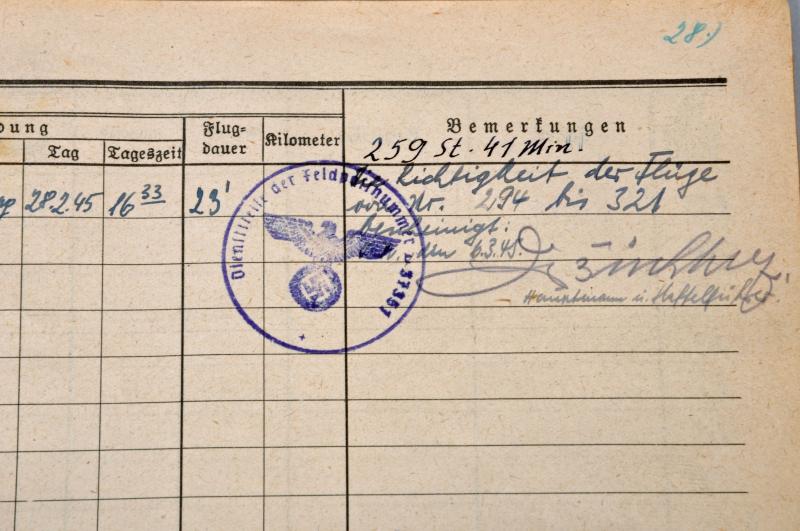 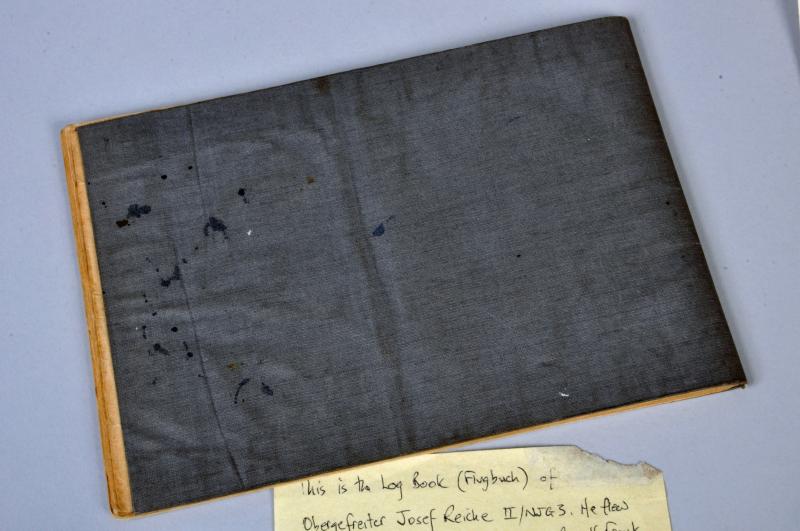 A rare Luftwaffe logbook of the air gunner who flew with two night fighter aces Oak Leaf ace Martin Becker. Becker 127 flights, 41 combat flights recorded in this logbook, 58 night fighter victories and Rudolf Frank 183 combat flights 45 combat victories .His last flight of the war being in the JU88 on 28th February 1945 Log book named to Josef Reiche. Lots of fascinating hand written detail,, Begins with a flight in a Junkers 88 on 23 rd July 1942 and ends 321 flights later also in a Ju 88 on the 21 st Feb 1945 over the Oder front, during this time 68 combat flights are recorded. most of Reiches flights were from Holland the airfield of Gilze-Rijen , from around September he was flying night missions against British bombers over the Ruhr and Wilde Sau(Wild Boar ) attacks over Berlin, good condition, together with a large studio portrait photograph of (Reiche in uniform wearing a Luftwaffe peak cap and an overcoat over a Luftwaffe tunic. 26.6cm x 25cm. Within the JU88 night fighter the pilot would be responsible for placing the aircraft in the correct position usually below the enemy bomber for the air gunner to fire the oblique angled cannon into the belly of the aircraft using the Schlager musik system.