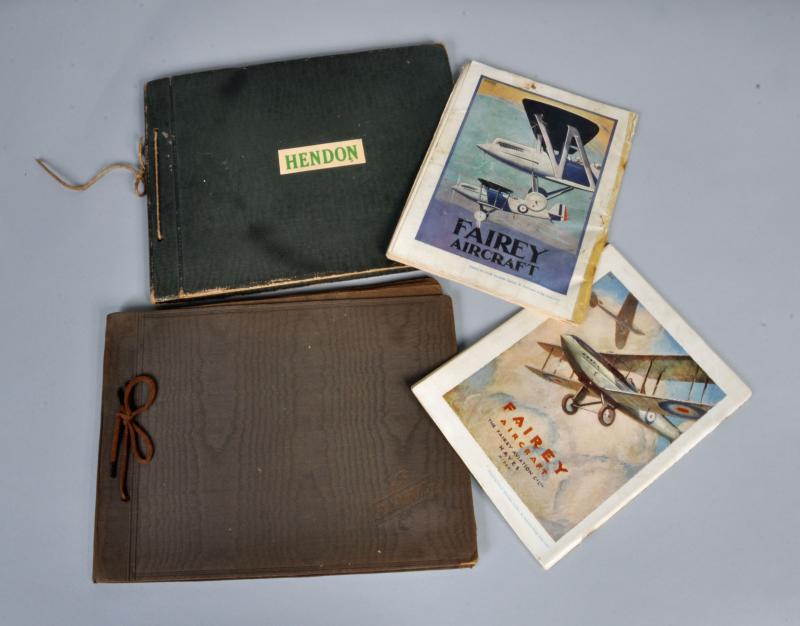 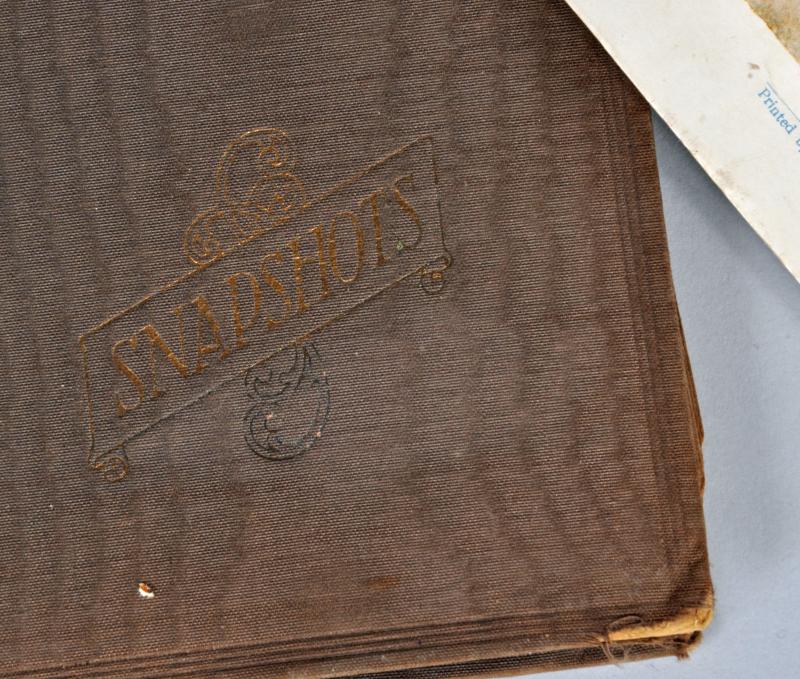 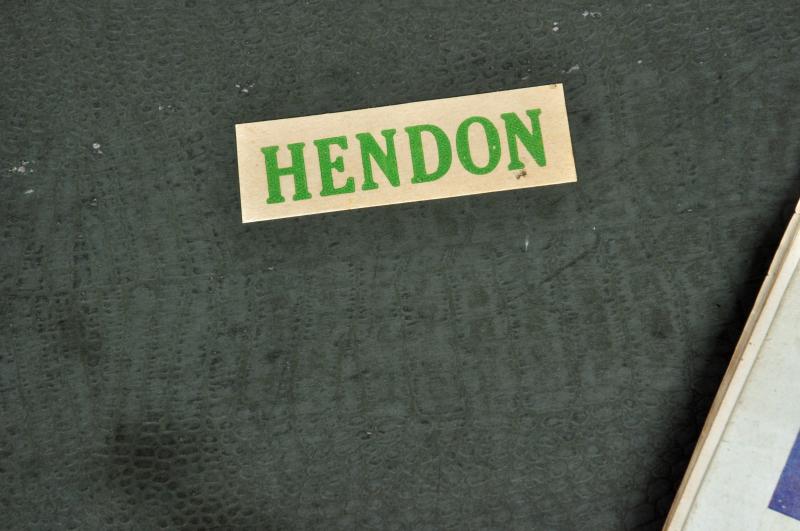 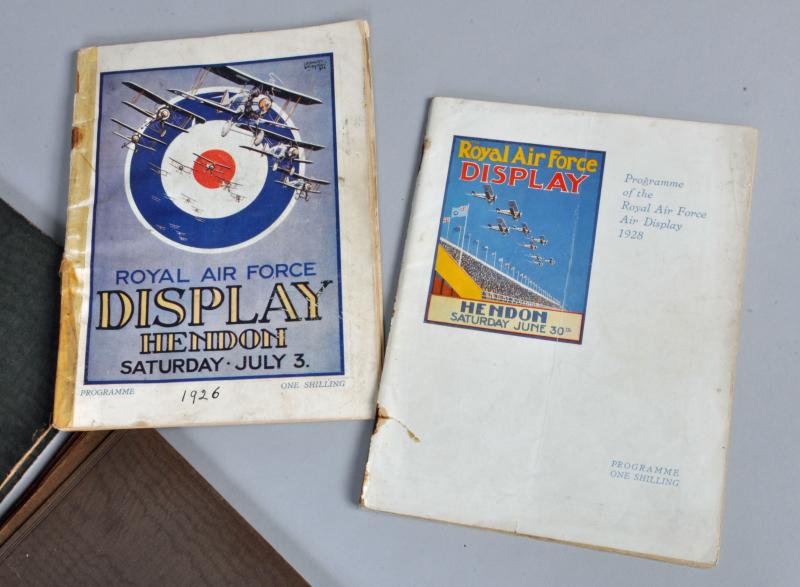 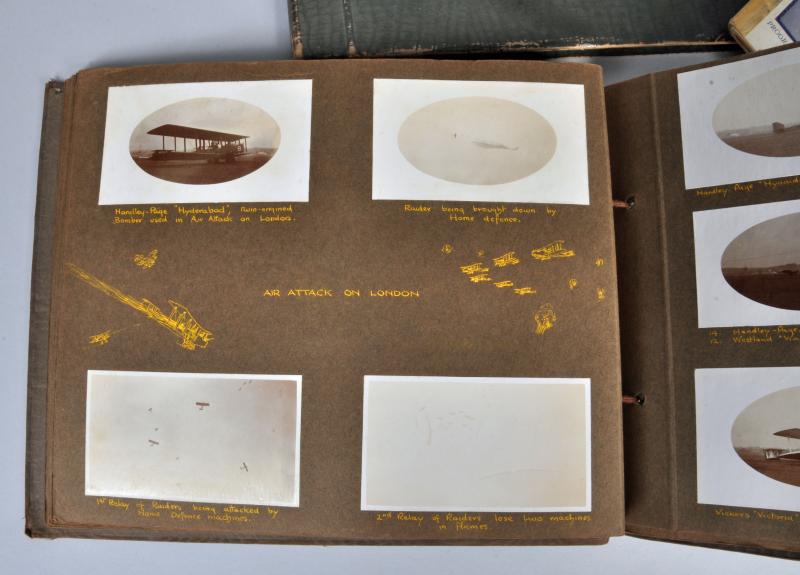 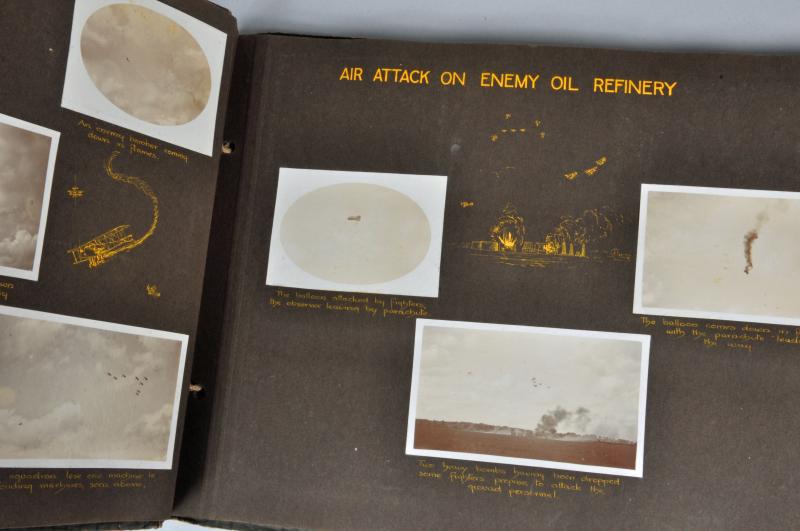 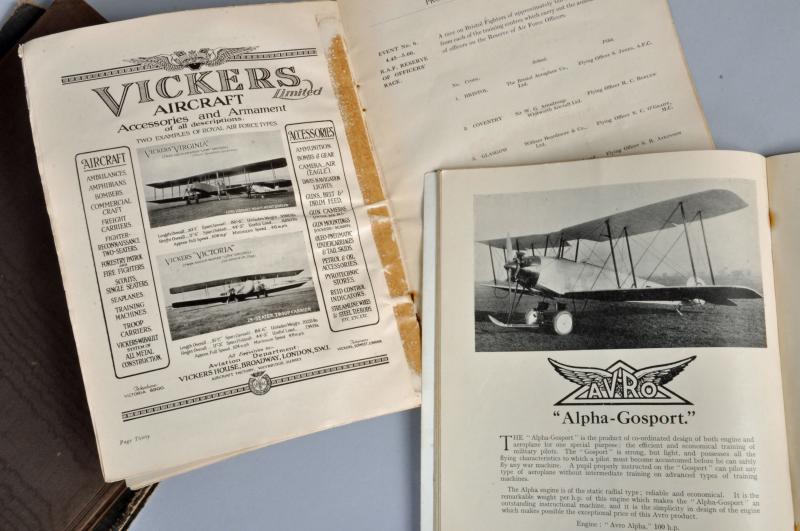 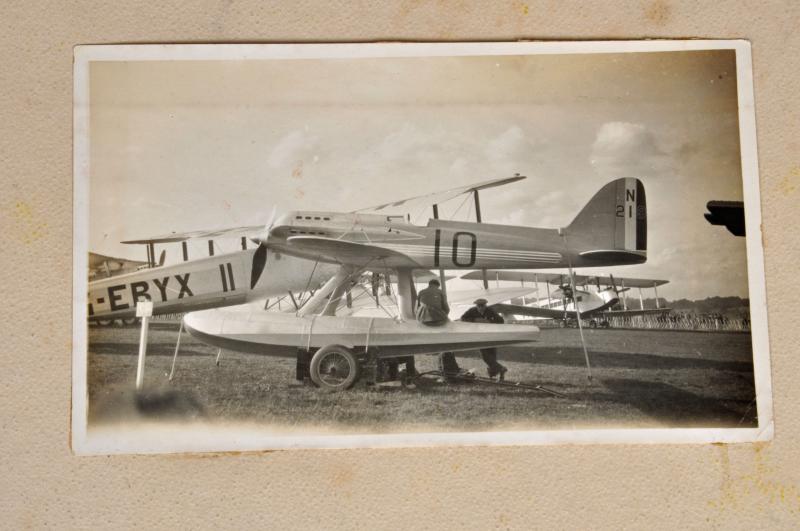 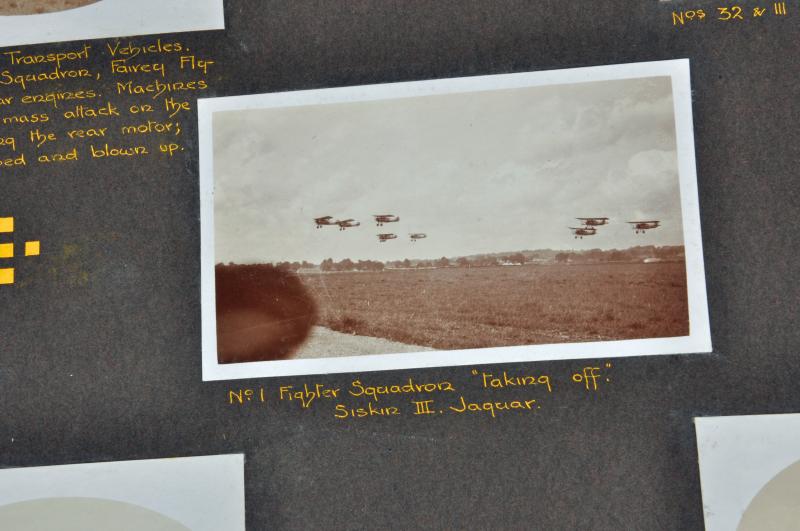 A hard card album with paper label ‘HENDON’ on the cover, on opening the album beautifully displayed ‘RAF Air Pageant 1928’ with cut out images of the Schneider Trophy seaplanes on the front cover of the programme. The album is fully annotated and beautifully hand drawn containing 65 images of all of the up to date RAF fighter and bomber planes of the period. The opening image shows their majesties the King & Queen of England welcoming the King and Queen of Spain arriving at the pageant in their large vehicle, close-up images of all the individual aeroplanes at the pageant all annotated below. Many ground to air shots of aircraft flying in formation of RAF Bomber Squadrons fully described, an example of one of the descriptions is as follows ‘Low bomb attack demonstration showing how swift the machines are carried out’, the machines which was the aircraft known as The Fairy Felix followed by another annotation ‘A good attack on an enemy oil refinery’ with images of the aircraft attacking balloons. The beautifully hand drawn examples of the air attack between the photographs. The owner of the album was a very accomplished artist, all of the images are of a small format, some are underexposed but generally all good. At the end of the album a wonderful close-up in large format of the Schneider Trophy cup winners aircraft with the annotation ‘Supermarine S5 seaplane’ fitted with special racing Napier Lion engine on which Flight Lieutenant Webster AFC won the Schneider Trophy at the record speed of 281.6 miles an hour. It was from this aircraft that 10 years later evolved the Supermarine Spitfire. Accompanying the album is the official programme from the day, which is a wonderful document of aircraft history in itself. The whole group is in excellent condition including in the programme is the programme of flying events. Also accompanying the 1928 album is the 1926 pageant album, which the owner has constructed in the same manner with the interior covers having small format images of both the King and Queen and again opens with their majesties the King and Queen arriving. The album contains 63 images of aircraft all beautifully annotated below with full explanations of some of the images, types of planes, bomber planes, an excellent hand drawn map of Africa showing the route of the Cape Town to Cairo air race, which English flyers achieved in 1926/27. A demonstration of low bombing on the airfield with images of First World War tanks drawn below. A very rare shot of an autogiro, one of the world’s first helicopters. Examples of shooting down balloons, loops and rolls being undertaken by aircraft, demonstration of an air attack on London and in large format are images of the ill-fated R101. Also an image of the Graf Zeppelin at Cardington in Bedfordshire. This album is also accompanied by the programme of events. The spine has been repaired. A fine pair of albums showing all the different types of aircraft being used in the middle 1920’s for the Royal Air Force and beautifully illuminated in both script and drawn images. The owner must have been an avid aviation enthusiast.